KEEP YOUR SPINE
HEALTHY IS A MUST! 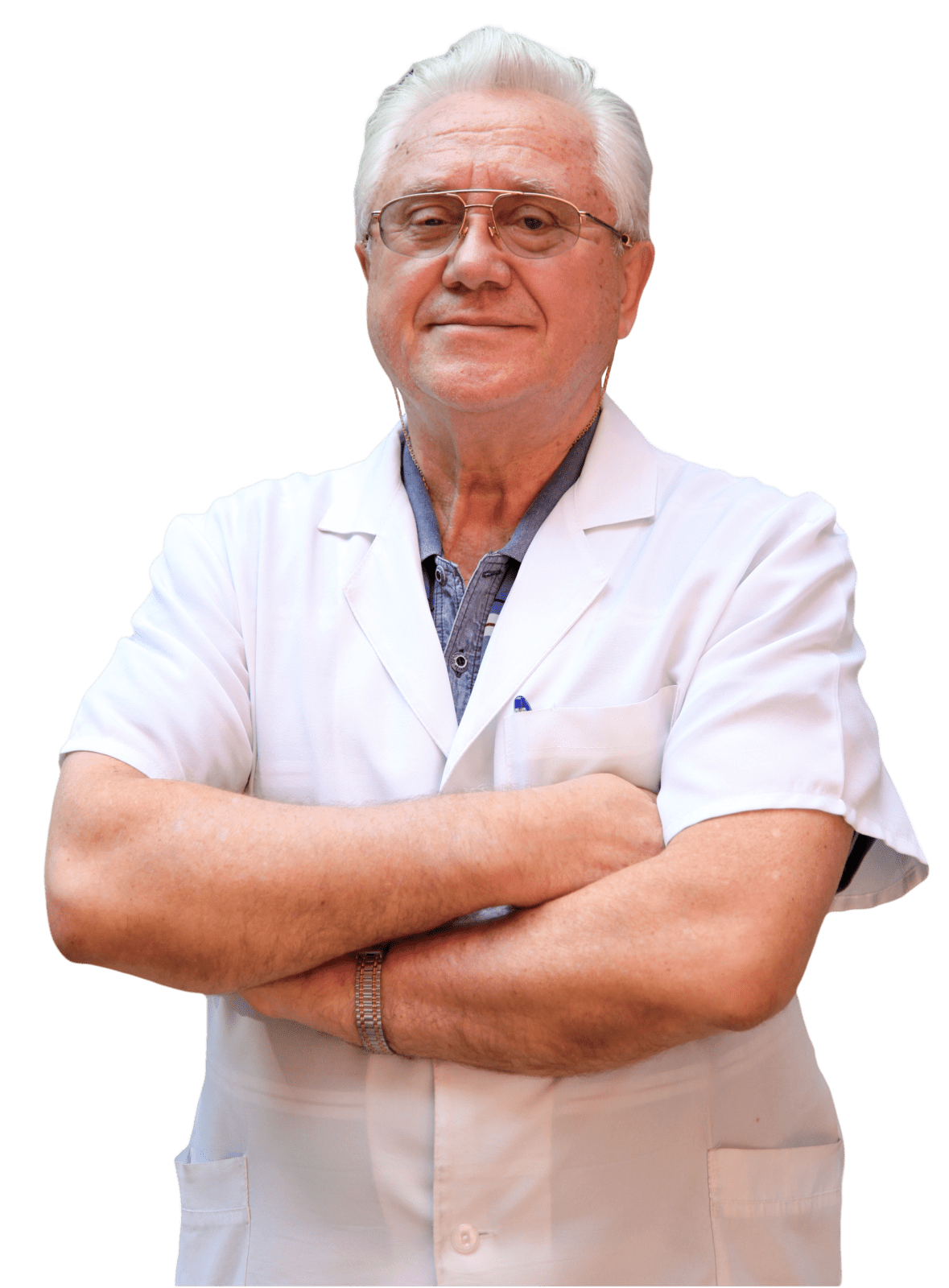 Was born in Mykolayiv (Ukraine) in 1942 and moved to Odessa together with his family in 1944. Here he received his primary education and in 1966 graduated with honors from Odessa Medical Institute. From 1966 to 1970 he worked as a general surgeon. In 1970 after six month of training in Kiev Institute of postgraduate Education (based on Scientific Research Institute of Traumatology and Orthopedics) became a qualification in orthopedic surgery and traumatology. From 1971 to 1974 – postgraduate trainee of the department of traumatology and orthopedics of the Pirogov Odessa Medical Institute. After getting his PhD degree on the treatment of chronic Achilles tendon injuries he obtained an assistant position in the department.

In 1982 he received the honorary title “Honored inventor of the Ukraine” for introducing of his scientific developments (medical equipment, tools and new methods of treatment) across the Soviet Union. He was awarded one gold, two silver and two bronze medals of Exhibition of Achievements of the National Economy of the USSR.

The doctoral thesis was on one of the most difficult problems of traumatology – treatment of open and intraarticular fractures complicated with purulent infection. In 1986 Serdyuk was given a title of a doctor of medical sciences and in 1991 – professor of the department of traumatology and orthopedics of Odessa National Medical University and counselor of the 3-rd trauma unit of municipal clinical hospital №11 (clinical base of the department).

Professor Serdyuk has 250 publications to his name, including two scientific discoveries in vertebrology, six books and two study guides on traumatology and orthopedics for foreign students including English versions, forty five inventions and over seventy five technical and work-improvement suggestions. In 1993 he was elected as academician of Ukrainian International Academy of Original Ideas. Professor Serdyuk has given a new direction to orthopedic surgery by using magnetotherapy in treatment and prophylaxis of wound infections. He has designed stationary and portable devices for magnetotherapy, which have been and are being manufactured in USSR and Ukraine and are protected by patents and copyrights.

The last 20 years have been devoted to in-depth study of the treatment of idiopathic scoliosis associated with spinal pain. Consequently, he personally successfully conservatively managed over 9500 patients. These cases were described in the monograph “Scoliosis and spinal pain syndrome. A new understanding of their origin and successful treatment”, Donetsk, 2010. Thus, the obligate causes of idiopathic scoliosis were discovered and also the regularity of genesis of the internal diseases of children and adults because of spinal deformities, emerging in early childhood.

The main directions of research of Professor Serdyuk are:

Conservative treatment of patients with idiopathic scoliosis and spinal pain.

Use local magneto-acoustics in treatment of immunosuppressed patients and for prevention and treatment of infectious complications in diseases and injuries of the musculoskeletal system.

To book an appointment please phone:

You can book an appointment
per e-mail:
✎ make an appoitment

or per contact form:
Link to
✪ Make an appoitment ✪